Like the Triangle, the Triad is a sprawling region with several urban centers. In the same 2014 rankings that we’ve reported for the Triangle and Charlotte, Winston-Salem and Greensboro-High Point were ranked the 13th and 14th most-sprawling metros in the nation. Each scored particularly poorly on street connectivity – meaning that even short drives may take longer due to fewer routes between two places. 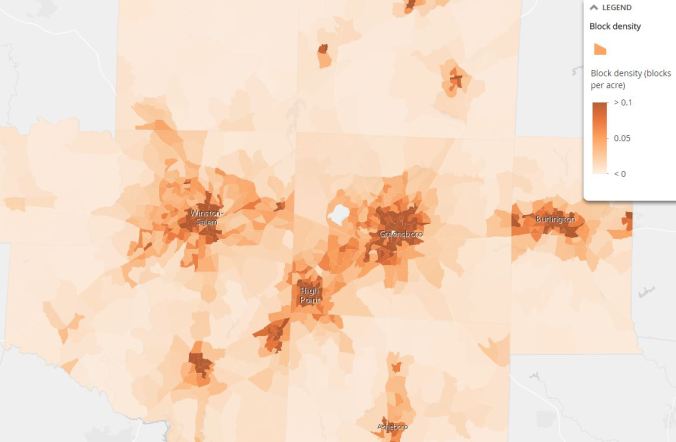 The Triad’s low street connectivity increase transportation costs for low-income families. Click the image above to see the maps accompanying this post.

Sprawl is a bit of a double-edged sword for transportation affordability. Spreading jobs throughout the metro area could reduce transportation costs by making commutes shorter. However, the Triad’s poor public transit and lack of street connectivity forces many families to spend a disproportionate amount of income on transportation.